A design collective for developers, entrepreneurs and you

There’s a Music.app on iPad?!

I never knew this existed, though I’ve used this device since the beginning. There is something special.
After looking more closely at this app by Apple I predict that under the custody of Sir Jonathan Ive more and more official Apps by Apple will get such look. 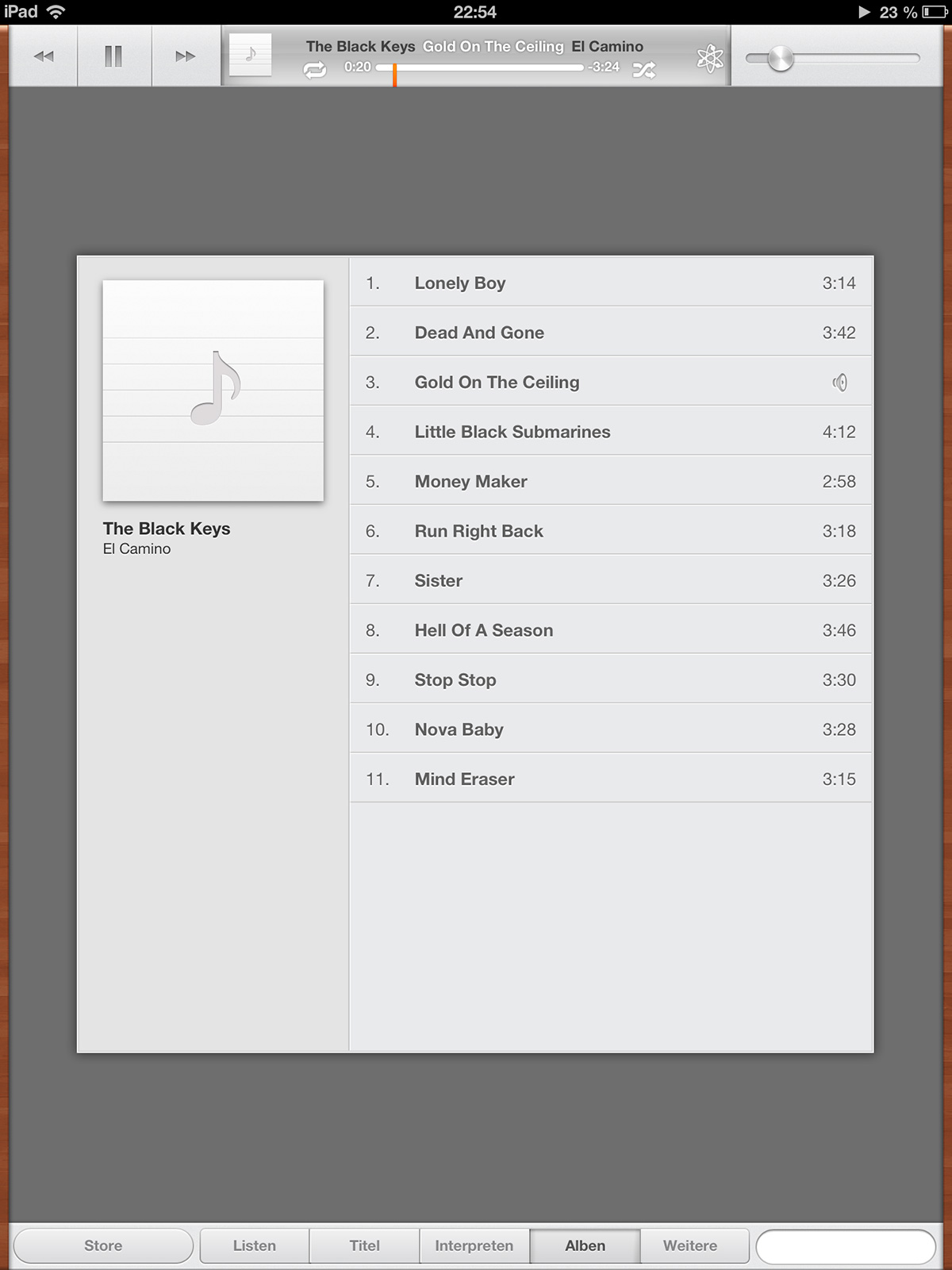 When I first used the Music.app on iPad I thought that the Play-Button has a subtle animation on tapping, which was in fact just me hallucinating and wishing Apple made some really nice detail.
So… what if we could add these little animations on tapping to give an even richer experience using the iPad? I don’t know if it’s technically feasible, but this would be really cool, wouldn’t it?